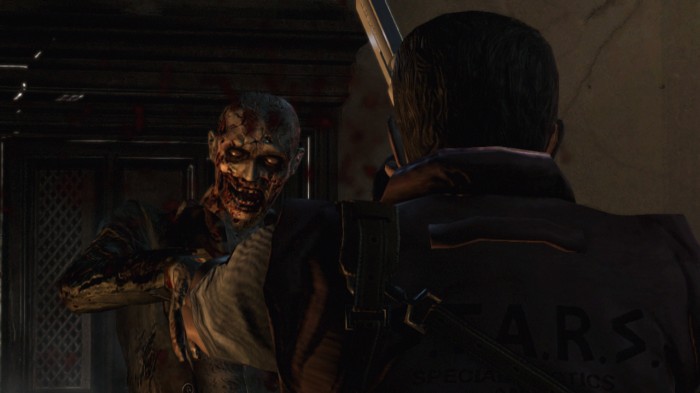 New screenshots for the Resident Evil HD remake emerged from Capcom and it still proves that this remake is one definitely worth it. This game is bringing back all of the nostalgia that we’ve been craving. This HD Remaster is a remake of a remake (the original Resident Evil game was released in 1996, blocky and everything, and the Gamecube remake was released in 2002). This cult classic has been questionably overdue for an accessible HD remake. Just don’t completely overlook it as it’s shaping up to be a great looking game so far!

This game appears to give most new gen games a run for their money in the design department. Everything looks so crisp and clear. The pre-rendered backgrounds are absolutely gorgeous with detail in every nook. I especially admire the detailing to the shadows and revision of the places that have given me some of the best nightmares to date. After nearly a decade returning back to the mansion, it’s going to look and feel like a new adventure. While I may be biased as a fan of the series, I’m still impressed with the overall look of things here. In 1080p, you’ll even be able to switch between widescreen and full-screen graphics depending on how you want to be visually sucked in.

For those who haven’t played this game since it’s first release, boy are you in for a massive treat. There are some new areas to explore, a new boss with an original back-story, more weapons to get creative with,  and the mansion also includes many other rooms to explore and a new layout. Never been a fan of the original gameplay? You won’t be disappointed in the way that this new game will be laid out. The fixed camera controls still maintain their odd creepiness, but it will not be as frustrating to see around you and the controls are laid out a little more desirably. All of the things that we loved about the original have just been amplified to the 10th power.

Personally I’d skipped the Gamecube growing up, my last memories of RE include my childhood self playing through the original versions on PS1 and N64. Those memories are now flooding back to me and even better now in much better  graphics! RE taught me how to become a better gamer with it’s difficulty and literately scaring myself silly, yet encouraging me to carry on. The one thing that I’d always admired about Resident Evil is that it set the staple for survival horror with it’s creepy mansion setting, nightmarish enemies, great soundtrack, and voice acting. It’s hard to top these sort of games nowadays. Still waiting on an RE2 and 3 remake but this will hold me over until then!

This is something that you truly have to look at to be blown away. For even more comparison, click here. Just watch out for those crimson heads!

You can nab yourself a copy of the Resident Evil: HD Remaster for Xbox One, PS4, PC and all last gen consoles in early 2015.