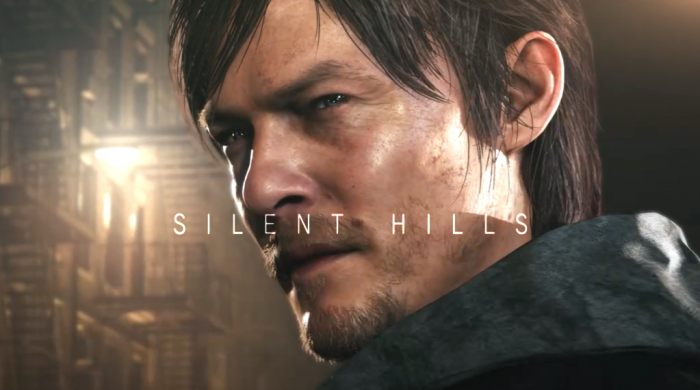 Revealed at Gamescom that a mysterious new horror game Playable Teaser (P.T.) would be released for public play, curiosity bit gamers hard. PS4-less, I tuned into Twitch channels to watch gamers make their way to the end of the twisted puzzle to find out the game behind the madness. Completely oblivious, the title was revealed in an ending cutscene. From both horror masterminds: Metal Gear Solid Creator Hideo Kojima and Horror Director, Guillermo del Toro, The teaser was not just another alone in the dark scary game, but a NEW SILENT HILL GAME! Watch below for the official reveal:

The Sony P.T. was a new idea from Sony to let gamers play through an interactive trailer, which has become a sneaky way to reveal the next installation in Survival Horror History. On some Twitch channels, this one in particular being from SoapyWarpig, I watched as she made her way through a loop trapped inside of an apartment, trying to reveal the secret behind it all. The atmosphere: spooky. I creeped out the whole time anticipating what could be waiting around the corner or in the bathroom.

We see some horrific sights including a gruesome fetus in the bathroom sink, noises through a radio, phone , and clock with a kid cooing to grab us in a direction, and to top it all off there’s a ghost that appears after doing random tasks such as looking and interacting with certain objects in order. While the teaser is meant to be short, you can spend a long time wandering and trying to crack the right combination to proceed through the loop.

At the end of the P.T, when we finally catch on to the ghostly figure’s antiques, we enter the darkness and a cut scene takes over while we take our first steps outside. Our main character walks down a dimly lit street in search of hunting the strange voices down. Then the grand names appear upon the screen: Hideo Kojima, Guillermo de Toro, and one special unexpected guest as well. As the camera looks up upon the character is finally revealed to be…. Norman Reedus! WHAT?! Yeah my reaction as well. Our Walking Dead bad boy is going to take a little stroll into Silent Hill. This is AWESOME!

As we take a moment to soak up everything that just happened, the cut scene fades out with the two beautiful words on screen: Silent Hills. (Yes Hills) Topped off with Akira Yamaoka’s classic Silent Hill theme playing in the background. Ahh, what a sweet reveal!

Now Kojima’s been teasing a new project for a while and some of you might remember him mentioning his thoughts on taking on the Silent Hill Series. He responded with, “Honestly, I’m kind of a scaredy-cat when it comes to horror movies, so I’m not confident I can do it. At the same time, there’s a certain type of horror that only people who are scared of can create, so maybe it’s something I can do.” (RelyonHorror) We guess that was all just a front! If anyone can make a game worthy of a horror title, it’s these two masterminds here. Hideo with his hand in the development process and Del Toro taking over the story as he has done so eerily with many horror films I’m in love with (Devil’s Backbone, MAMA, Pan’s Labyrinth & The Orphanage). There’s also a new studio 7780s appears to be taking over the game this time with development and we’re seeing the game run smoothly on the gorgeous Fox Engine.

I don’t know about you, but I’m screaming my head off! If the series needed a revival, this will definitely be it. Nothing is official as to what direction the game is going just yet, but I believe we’re on a glorious road. The hype is very real! Reception has been going extremely well and fans everywhere want this to happen! Admire the atmosphere from that short little teaser, the rendering of Norman Reedus looked bloody brilliant, and let’s just stop back for a minute to admire the realness that was served in that teaser. Will this go down as one of the best game reveals in history? Let’s take another trip into Silent Hill and see what horror await.

Don’t fret, lucky PS4 fans will be able to experience this for yourself. Download it NOW and let me know what you think! Are you excited for the return of Silent Hill?