Street Fighter 5 PS4 Exclusive?! – Is PS4 THE Console for Fighters? 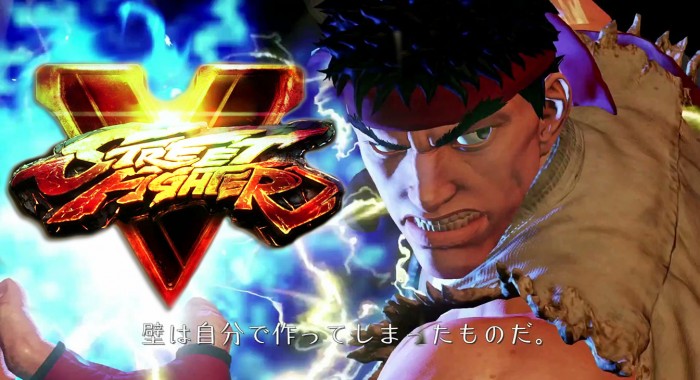 Earlier today it was revealed that Street Fighter 5 will be exclusive to PS4 and PC. And as a new Xbox One owner, and someone who has spent way too much time in the SSFIV training room, this is a very hard and thick pill to swallow.

Just check out the trailer below:

Xbox owners, are you mad? Because I sure am. Yeah they’re not just waving that RISE UP in our faces for fun…

Is the PS4 ultimately turning into the console for fighting gamers? Honestly I’m going to have to say yes. With Skullgirls, Tekken 7 and more recently Guilty Gear being announced only for the PS4, we can only assume that this will be the future. Of course us Xbox owners will have Killer Instinct and Mortal Kombat X to wait on, but where are our new fighting game exclusives? I can’t even remember how many tournaments I’ve been to and seen Street Fighter only being ran on Xbox consoles. From someone who learned to play Street Fighter x Tekken and Super Street Fighter IV and fell in love with the series on Xbox, this is really a blow to me as a fan of the series and Xbox. And the majority of the community feels this way as well…

Way to go Capcom! You’ve officially let us down. GG.

For those wondering is it too soon? Yes it is too soon. But if you’re picking up a console this holiday season, this can definitely change your mind on which one to get. I dislike having one of my favorite genres being so widely split between the two consoles. Yes we have Killer Instinct, but PS4 is getting at least 4 big fighting game titles “exclusively.” Hopefully it will grow into a timed exclusive. Maybe we shouldn’t been too shocked about this news since SFxT did receive PS3 only exclusives and Capcom has been dropping hints at the PS4 since launch. But at the same time, who has the money to spend $399 on both an Xbox and a PS4? $800 dollars on both consoles is kind of ridiculous. Throw in a Wii-U for Smash and we’re looking at over $1,100 spent on all consoles. (not even including the price of games) I’m not trying to say that I’m broke but, priorities! This is pretty stupid to have to go through with that. Though we still have a little bit of time to save up until then if that will be our decision. Or maybe we’ll decide to spend all our quarters at the arcade. A release date has not been announced besides 2015. Looks like many gamers might have to take that pocket dive with this generation of gaming.

I feel the Xbox 360 platform has done so much for Street Fighter it’s especially a bummer. To be so blindsided by a move like this on Capcom, I’m very upset and feel like I’ve been officially let down. Not only did I purchase SFxT day one to find out that the characters soon released as DLC afterwards were already pre-loaded on the disc, spent quite a bit on DLC and gems for that silly game, and have been a faithful fan since the amidst their issues. Let’s not even get into the annoyance with Castlevania, Dragon’s Dogma and Megaman. This whole companies purchasing third party games crap needs to come to an end! If Sony paid Capcom to have their game “somewhat” exclusive on the console, Capcom really does suck. It’s no wonder why their reputation has taken a deep dive. Gamers, if you are upset let the companies know how we feel by tweeting, creating expressive content and writing to them! Our voices do have power, don’t ever forget that.

To those ready to fire back with “Well Xbox has Titanfall and Tomb Raider!” “Well what about the Wii-U?” “You just salty!!” “PC MASTER RACE!”  Yeah, it sucks to have to cash out for almost every single console to have a complete gaming setup. But do keep in mind that it’s been this way since 1st generation gaming so we honestly can’t even really complain about it. If we are thinking that just one console, PS4 or Xbox One, could cover all of our gaming needs, we’re being delusional. The anger stems from Street Fighter being an extremely loved series for fans over every console. This game had been highly anticipated and has been accessible through mostly all consoles since it’s first generation. (Well except for EX which was a PS exclusive) This is a confusing twist to throw at us. I understand companies want to have their games exclusive so we continue to open our pockets to them, but this is not fair to the gamers at all. Though what is ever fair in the world of corporate gain?

Looks like we’re going to have to wait it out on this one. The Official Sony Experience is happening this weekend we’re definitely going to get more information on this there. And 2015 is just a little bit away to see what officially happens here. I mean, we can still be excited for the next version of Street Fighter. It does look pretty awesome so far!

Here’s a couple of screengrabs from NeoGAF to enjoy until then: