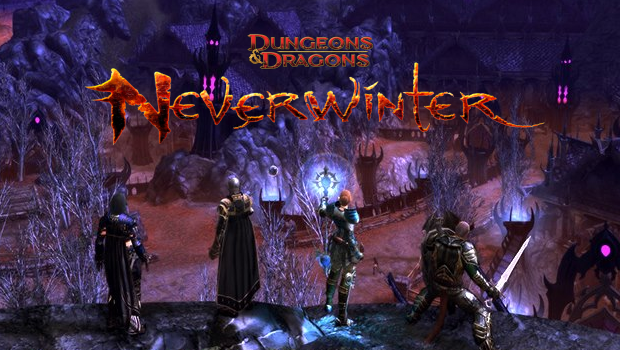 Neverwinter is the latest free-to-play Dungeons and Dragon’s MMO game from Cryptic and Perfect World. This game is still in its open beta phase. Believe it or not, I’ve been one of those kids in the past that would show up to play Dungeons & Dragons tabletop game in hope of rolling a good pick with the D20. That being said, I was not ever good at D&D but I enjoyed watching others display passion into the game. As a fan of RPGs, I couldn’t wait to get myself into this open beta! How well does it live up to it’s D&D glory? Let’s find out.

Neverwinter has been one of the most beloved cities in Dungeons and Dragons. We, as explorers, learn the lore of many tales of mighty empires falling and great cities toppling, leaving the lands monster-ridden while survivors cling to rebuilding civilization. Neverwinter stood above all of the rest of the destroyed cities as if it were touched by glory. Now in this place in time, the town is under attack by a necromancer named Valentrina. It is our job to defend the town as it rises from the ashes of destruction. The game places you in a position where you must become a hero. You may work as a team to conquer dungeons, defeat enemies, and ultimately defend the glory of Neverwinter.

The opening scene will BLOW YOU AWAY! If there’s any reason to play this game at all, it’s got to be to witness this gorgeous piece of work.

There are three shards to pick from which are the different servers. The Character Creation process took up a good chunk of my time. Deciding between the many races deemed to be a difficult decision for me. There are seven races to pick from including: Half Orc, Human, Dwarf, Halfling, Tiefling, Half Elf, Elf and one that it yet to be announced. (I had a tough time deciding between Half Elf and Dwarf)

Once a race is selected, you get to pick from five classes: Trickster Rogue, Devoted Cleric, Control Wizard, Great Weapons fighter and Guardian Fighter. Next step was placing points into the six Ability Scores all together (Strength, Constitution, Dexterity, Intelligence, Wisdom and Charisma). You set up abilities leaning towards your character, so for my Half Elf I needed to focus my points into INT/WIS/CHA. From there you now are faced with the many options to further customize the look of your character. From there on you can select your origin and get to starting the game.

You start with the game dumping you on the shore right off the coast of the town Neverwinter. With the town being previously under attack, it’s your duty to help people out. Your first levels will get you acquainted with learning the basics of the game including combat, interactions, questing, leveling, exploration and looting crates for good items. Combat and fighting enemies seems to be the highlight of my enjoyment. Exploration is pretty solid while you can spend much time outside, dealing with NPC’s and working your way towards the next location, dungeons are where it’s really at. You can round up a group of players, go questing together in the dungeons, then take down large enemies. Having voice chat in the game is a great option as opposed to typing. As you start to hit certain higher levels you are given Foundry missions. The Forge/Foundry is the awesome new system in Neverwinter where players can create dungeons and quests for others to explore on. All in all, the game play in this game has to be some of the most engaging in a MMO I’ve seen in a while.

One of my favorite features is the battle system. Instead of pressing a button and stepping back to watch your character attack, you are in control and must left click to fight enemies. No Auto attack here. This improvement of the battle system is just a small change but it’s a step in the right direction. With this there’s a great flow in combat since you seem to always be doing something. Also the Keyboard controls are more clumped together, but this is a pretty good idea! Everything is within reach of your hand so you don’t have to move all over the keyboard. For example, You have your average WASD to move and the buttons QER12 are your specials. Controls are rather simple and easy to get used to real quick especially if you come from a game like League of Legends. The mouse is locked in the middle of the screen which provides easy movement while traversing the world. Alt brings up the interface controls to check stats and read messages.

Neverwinter has got to be one of the only F2P games that I’ve enjoyed playing in a good while! Even if you’ve never played D&D before, you can easily rest assure that this game does not require much previous experience. The lore is explained, tutorials are very helpful and with the battle system being so great, what else more do you need? The combat system is what really got me hooked into enjoying this game to make me want to play for hours. I spent an average of 6 hours playing this game and did not once end up feeling bored. There’s so much to do and many people to meet while ingame. Neverwinter has been a surprisingly great F2P game. It’s not overly complicated but still sticks to its D&D roots. Since it is still in its Beta phase, we can only imagine how much better this game is going to get! Go ahead and give it a try if you enjoy F2P MMORPG games, and even if not you will be surprised!

You can try out the Beta by clicking here.
Kittie is a writer for Girl Gamer Vogue. For more from Kittie, check out her Twitter, Etsy & YouTube.