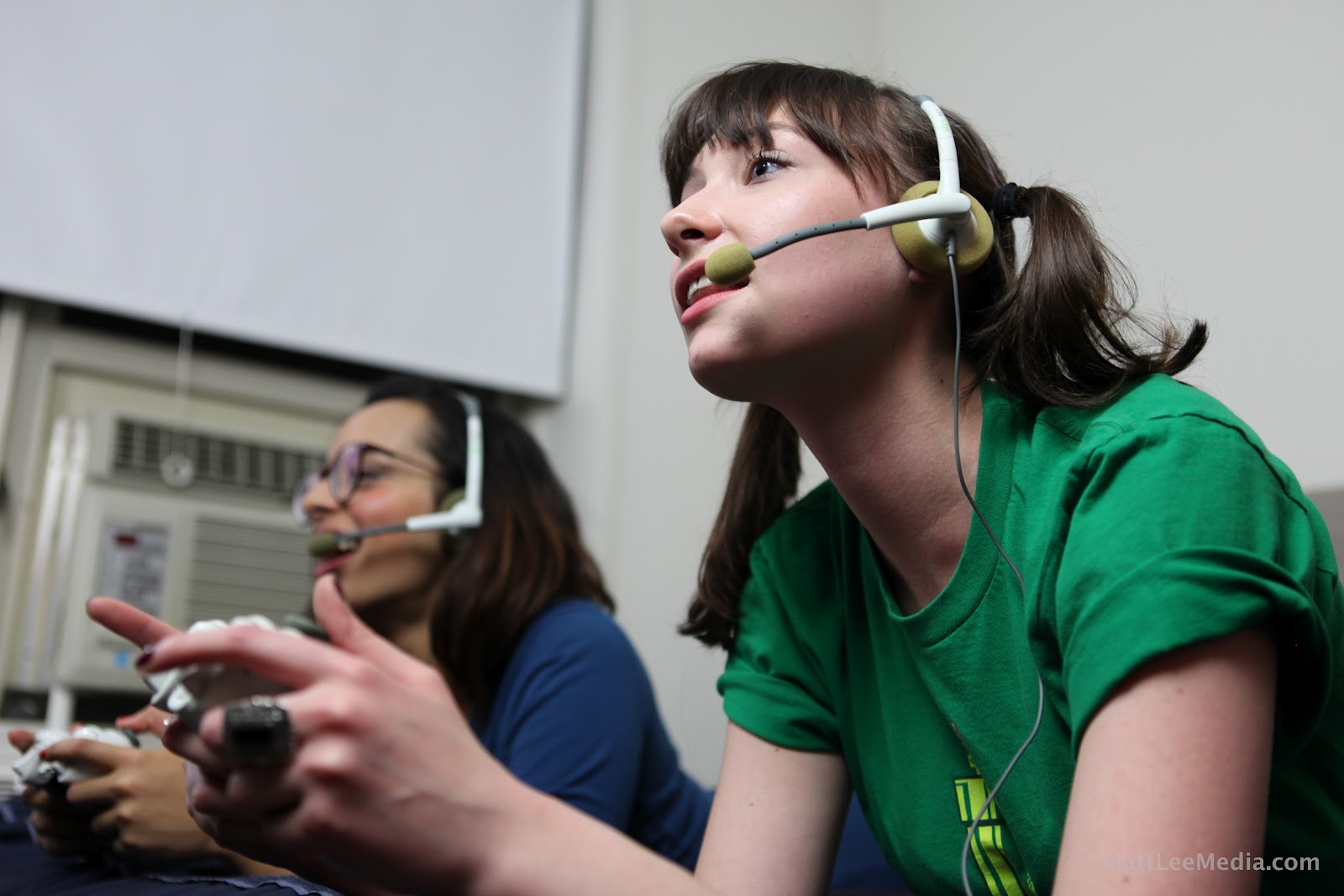 Let’s face it, you’re not the only gamer girl out there in the world. In fact, an estimated 40% of all gamers are female! But why is it just so hard to link up with other female gamers?

If you’re anything like me it’s quite hard to find other girls to game with. Through internet we’re able to connect with many other girl gamers but sometimes it would be cool to hang out with someone in real life. Most of my gaming years were spent alone or with the guys. In the age of online gaming when I first got my Xbox 360, I then found out that I was NOT one of the only female gamers out there! Once I’d been connected to tons of girl gamers online, I realized how deprived I’ve been from not having other female friends that I could understand and relate to. This guide should help you connect with other gamer girls and give you tips if you don’t know exactly how or where to find other female gamers.

A videogame convention is just like heaven! No actually, it is heaven! You have the freedom to link up with tons of others that share your fandom here. We know that you have an extreme love for video games. Anime, Sci-Fi and even Comics are also closely linked in Nerd Culture. Check online for lists of cons in your area and at least go to one major gaming event a year.

Make sure to stop by video game panels that you enjoy and start mingling with interesting people. Stop in the game room and try to partake in tournaments! Many Tabletop rooms also give the option to meet more gamers. Cosplayers make it super easy as well! If they’re working that Chun-Li costume, most likely she is an extreme fan. Just go ahead and talk to her about that game series, and maybe it will lead to a friendship. Also a tip of advice, weeks before the convention join discussion in Facebook groups and forums. Start interacting with future friends and maybe even plan a meetup. This is a guaranteed way to connect with the people you want to meet, just remember stranger danger and be safe from any creepers!

Some cool Gaming Related Cons/Events to check out:

The most obvious place to meet other girls would be at the Arcade. Sometimes you can get lucky and spot a pretty friendly gal playing some arcade games, but other times it’s a little harder. Go on busy game nights, especially when there’s a tournament going on. This guarantees only most serious gamers are going to be around so it’s a great moment to meet some cool gamers.

Internet Cafes and Gaming Lounges are the newer additions. These are HOTSPOTS waiting for you to meet other gamers! Enjoy yourself, settle in, order a hot mocha if you’d like and it should be easy to find other girls around. Strike up some friendly conversation, maybe ask some questions about a game that she’s playing. One of my favorite spots to hang out is Ignite Gaming Lounge in Chicago. Also don’t forget about NYPB (Not Your Parent’s Basement), Oak and Shield, Barcade and Barcrafts! These specialize in bringing gaming and bars together, so we’ll grab a beer to sip with our pacman. Busy nights may make it harder to be able to sit down and chit chat with your newly found gamer friend, so I recommend trying multiple days of the week and you should come across the right day for you.

You will meet a good handful of gaming friends online and in-game. A couple of Gamer Girl communities include PMS Clan, and other forums. Joining an all girl gaming clan will be a wonderful thing for you, especially the competitive gamers out there. Before I joined PMS Clan back in 2010, I thought that the women in gaming were only a tiny percentage. Rarely ever did I run into other females in matchmaking, but then there I was, in a group FULL of nothing but other girls! A large group of girls dominating together and kicking butt! It’s an amazing experience to be part of such a diverse group of gamer ladies. We are all like sisters. Members of female gaming groups are scattered all over the world, but if you keep active in the group and start chitchatting with others, you should end up hitting it off with someone that lives near you, or someone heading to a convention to you! The connections that you meet through online gaming and such can lead to open doors for you. Hello pro gaming!

Yes, yes and YES, clubs are where it’s at! I bet that your school campus right now has some type of gaming club that you need to be involved in. Go on and check it out! Even if there aren’t any girls around at first, there might be some guys that will try to get their other gaming girl friends involved since they won’t be alone. Let people know that you’re trying to find other girls to hang out with, AND if there are no videogame clubs, there might be tabletop clubs. Or Anime. Or even Sci-Fi… do you see where I’m going with this? You’d be surprised how many gamers are all over the place.

If there aren’t any clubs or groups in school or in your area, start your own! Girls Got Game, a club that I was a part of back at my old college, was a weekly gaming group catered to the girl gamers, but not exclusive. Guys were also welcome to come! There’s usually a pretty great turnout, so don’t hesitate to start something new. You’ll meet many girl gamers this way.

Take advantage of the website meetup.com as well. Stay active in the forums because people going to these events are in search of other female gamers, just like you! Perfect place to meet new friends and eventually see each others face to face.

Yes, this is actually pretty true. Most girls that game hard don’t go around parading that they are gamers. There’s a few closet gamers out there, and they just need a little push to get revealed. Let’s start investigating some friends. Maybe they mentioned a game or two here or there. Maybe you have friends specifically interested in TableTop or Anime? Start asking away. That girl with the Yoshi backpack in your last science lecture probably knows her way around a couple warp pipes. Just strike up some gaming conversation, and if she joins in, this is a good sign! Work from there and you may end up being surprised with what you’ve been missing out on. Congrats to meeting your new gamer friend.

Turn your friends into gamers!

The last, and final wonderful option is to convert your non-gaming friends into gamers. It sounds harder than it really is, I promise. You already enjoy your friends, so let’s just add a controller in their hands. Don’t just force them to enjoy the games that you do though. It takes baby steps. See what interests her and then work from there. Ask what games she’s played previously. That should give you a pretty good idea of what direction to lean her towards. Maybe she’s played a little bit of Zelda back in her younger years, so dust off that Wii you’ve been hiding for a good while. Or better yet, let her look through your game collection and pick one out herself. After she’s more comfortable playing chill games, you can introduce her into the more hardcore that you’re interested in. One of my friends is a recently born gamer and here’s a couple of games that I started her out with,

Now once your friend starts gaming with you, understand that this is all new to her and don’t push her into being a gamer if she’s really not feeling it. Be patient and helpful. Simple things like walking forwards and backwards are going to be super complicated to do, but work with her and soon you’ll have the perfect gaming buddy you’ve always wanted!

Okay, so that concludes the end of this little guide. Finding other gamer girls to relate to is going to be a blast! Not only will you have a girl entourage that will now understand your silly gaming references, but also someone to relax and basically just be a girl around. Have fun! 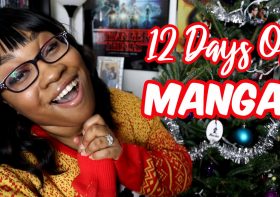 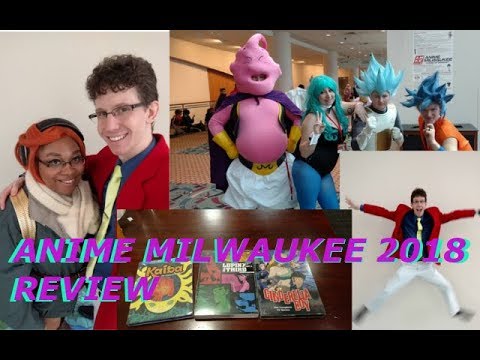