Into the Asylum: Outlast Review – SheAttack 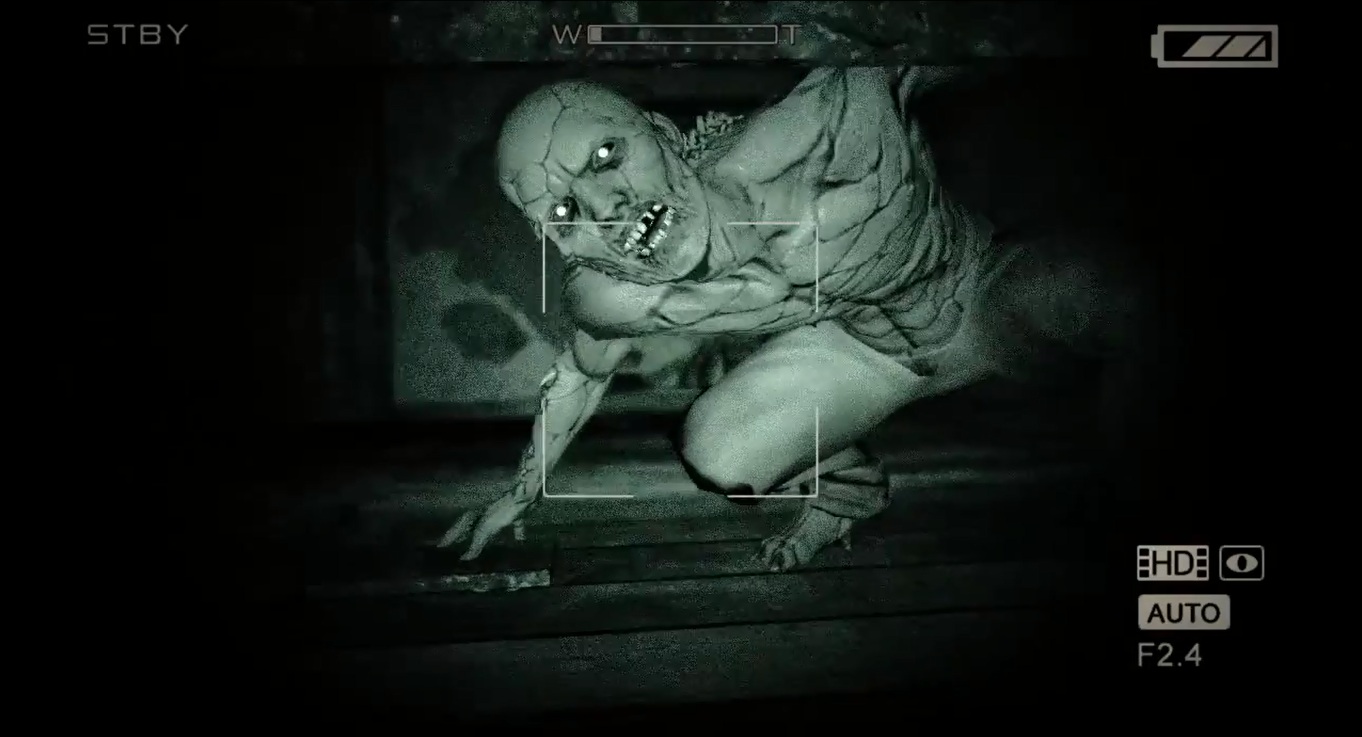 Being held up in an abandoned asylum is not what I have in mind for fun, unless it’s a horror game done right. Growing up on only the good stuff; Silent Hill, Clocktower, and even Fatal Frame to name a couple, I’m keen to enjoy a beautiful horror game. With Outlast being one of the most anticipated horror survival games of the year, (focusing on the “survival” part) I couldn’t have been more excited for a game that initially seems to be a horror at its finest! This first-person survival horror game by newly up and coming indie game studio Red Barrels is one terrifying heart-pounding experience.

You start off the game off as Miles Upshur, an investigative reporter digging up dirt on the Mount Massive Asylum. A home for the mentally disturbed, MMS was re-opened by the Murkoff Corporation, funded by the Research and Charity department and was said to have operated secretly, that is until now! Determined, Miles breaks into the asylum armed with only a camera equipped with night vision, he stumbles into the horrors that await. Within the walls of this nightmarish building are a mixed bag of unattended patients, obliterated authority figures, and a thin line between science/religion. Also there’s odd muttering about a mysterious “Wallrider.” Most spirits seem to be dead and far gone within the lifeless dreams guarding an ugly truth behind what’s really going on in the heart of Mount Massive. Miles does know one thing: he needs to get out of here, and fast.

Most of the story is learned through documents scattered throughout the game. What you gather through exploration and cutscenes is really not enough, alone. This game really needs the player to pay attention to the notes in order to get the full dynamic of the story. You’ll need to engage a bit of time reading the documents to piece together an explanation. While it isn’t an extremely deep story right off the bat, it does start to slowly suck you into questions on why this is all happening.

Alone in the dark with lunatics running wild, a crazed doctor after your head and a kind reverend risking his life to assist you, how are you going to stand up to all of this? Outlast instills terror in players by giving you no weapons to defend yourself. Realism at its finest. Your sole means for survival is to run and hide. Enemies aren’t stupid either. If you’re noisy, they will know you’re there. Once spotted, they will continue to search for you and do not stop easily. That’s when it’s time to start hiding. Listening for their distinct sounds will help, but in most cases you’re forced to peek your head around a corner and you’ve got to leave at some point. Let’s just promise that you’ll be paranoid most of the game. Whether it’s a sewer you’re camped out in, laboratory or even a doctor’s wing the terror still exists. Waiting for your pursuers to find you after darting to the nearest hiding spot is a panic attack. As you anticipate them to foolishly wander past you, you’d be surprised how smart some foes are as they drag you out from your hiding spot and then its game over for Miles. OR you could have decided to run and hope they don’t catch you.

This game is dark. Dark as in not just the themes you’ll come across, but literally lighting. The biggest element of gameplay revolves around the night vision on Mile’s camera. That’s going to be your lifeline and it’s actually a neat feature. It makes you feel that you’re in a horror film. Nothing’s more terrifying than turning on night vision just to find a set of glowing eyes staring straight down at you. Switching between night vision and Mile’s own 20/20 feels completely different. The grain from night vision makes for a much spookier effect, but even without its just horrifying. Management of the battery drain comes heavily into play while you do not want to get stuck in complete darkness. Players need to strategically use the night vision at the right moments on top of keeping out of sight from the baddies.

Stealth takes a huge role in this game and you will be forced to remember your surroundings and which routes you previously took/didn’t take. There’s nothing scarier than having an epic 5 minute hide-and-go-seek battle turn to mush after getting trapped at a dead end. You need to play it smart if you wish to finish this game. Around every corner may lurk a crazy inmate swinging a butcher knife a little too close or something even worse hidden in the dark. Playing through Outlast will make you appreciate every game that had ever given you a weapon to defend yourself. Moments where you are chased by your pursuer are some of the most panic inducing experiences ever!

The first thing you’ll notice from stepping into the Asylum is how great this game looks. Outlast is by far one of the most beautiful horror environments that I’ve ever been trapped in. This is one extremely well-polished game. Simple things such as the way a tree moves in the wind, shadows reflected on the walls, and even the bloody footprint trail that you leave with every step just push the realism factor. There’s much detail in every object. Blood smears on the walls, to patient enemies with flesh drooping from their face all make for some creepy disturbing scenes. From the dynamic lighting to every texture in the walls makes Mount Massive Asylum interesting. The shadowing is very realistic and completely immerses you. Turning up the games brightness won’t help, so if you can’t handle it turn on a lamp just to make sure nothing is lingering in your room behind you. The developers put much detail into this game’s heavy atmosphere which is very noticeable.

Audio really takes the cake right on par with level design. Sounds echo, adding to the knowing feeling that you really are in an abandoned place. Miles reacts to the environment as in panicking when there’s a dead body, rapid heartbeat when a blood trail is spotted and even in pitch black he feels as if his life is in danger. When panicked, Mile’s heart beats and his breathing gets heavier. It almost makes you feel the need to give the guy a break once you start to feel the controller rumble. Door handles rattling, enemies running through halls, sounds of coughing and hacking in far away rooms all add to the fear. There are so many eerie sounds that sound so uncomforting that I found myself taking of my earphones much too often. Voice acting is also pretty amazing and will make your forget that you’re playing a $20 game.

Outlast is available to play on Steam and soon will be coming to the PS4. Watch the trailer below. The following is rated M for Mature.