Race in the Future of Gaming 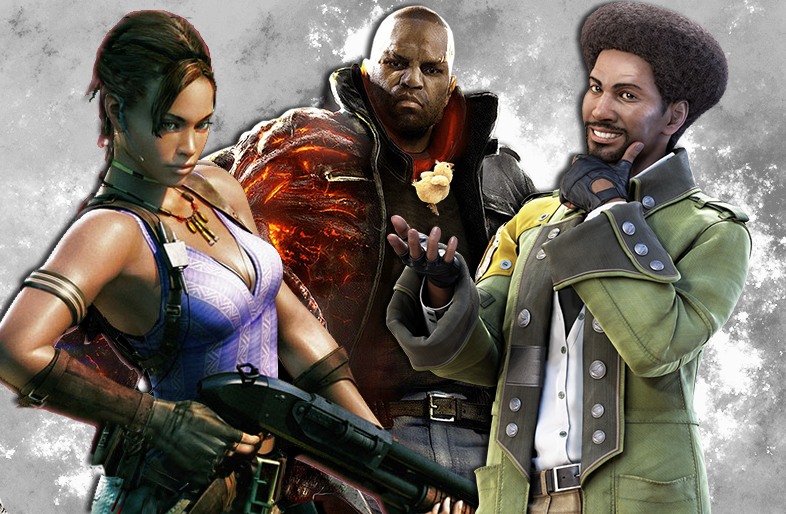 This is a research paper that I wrote back in 2012 in my Game Culture class in college. I put a lot of heart into this article. Please enjoy. Thanks a lot.

A decade from now video games will incorporate different races more than we are currently seeing. Since the beginning of video games players have been given only the main story line, controls and default player usually consisting of a white male. While gamers long for that sense of identity as the character, most popular video games typically give them a stereotypical minority side character to play with. Within the gaming industry there has always been a lack of diversity, but with the rapid growth in the past years we are seeing more diverse game developers take part in creating the games that millions are playing. Beyond character customization, games are not introducing more of the non average game hero. Video games have been taking small steps towards breaking down that racial barrier that will lead us to a more diverse and acceptable gaming world.

Video games usually portray minorities as over the top and stereotypical. This is probably due to the lack of diversity in game developer teams as well as fear of taking a risk within the community making it easy for creators to linger on stereotypes. According to a census study done by newscientist.com, of the top 150 video games in 2006, 80% of characters were White Males, 10.7% African Americans, 5% Asian and 2.7% Hispanic. With those facts being a little old we can only imagine that results have gone up a bit, but still nowhere how the actual interpretation should be. Game developers are to blame here and the answer why is because people do not really want to deal with race. It’s easily imagined that out of a full team of developers, let’s say 20, there may be less than one Black or Hispanic voice to represent. Not entirely does a character have to be Black or Hispanic for the main selling point, but changing up the ethnicity of the character leads to many new possibilities that can be explored. Game Design is growing as a career field now and there should be many other minorities out there wanting to join up and bring that change that is needed to game creation.

As we look at many of the video games over the years that have diverse characters the stereotypical examples stand out so much broader. There are sports games that feature many minorities but these games are simulations featuring real athletes. While glancing at the roster of most fighting games there’s usually an extreme array of variety in characters varying from flirty females, deranged cyborgs and even wild animals. Nightwolf of Mortal Kombat calls upon his Native American ancestors to give him strength, Balrog (Black) of Street Fighter is always shouting “Where’s my fight money?” and El Fuente (Hispanic) of SF is an overly energetic luchador. Within the vast amount of characters fighting games offer many of them that are stereotyped. This could make it easier for the player to pick a fun character to play around with but they are still seeing that most are portrayed as over the top and silly. One fact to consider is that many fighting games are produced overseas. Characters in fighting games are there for pure entertainment and to give a good laugh. Although it’s disappointing that many ethnic characters in video games are made out to be so primitive.

Even though the leading minority characters in the past have been over stereotyped/sexualized or just plan unnecessary, there are many that earn mentioning. Jax (Mortal Kombat) is the first African American male in the MK series. He is a major in the United States Special Forces and has metal bionic arms implanted to help him rescue his partner Sonya Blade from the otherworld. Jax stepped on the gaming scene in 1995 when Mortal Kombat 2 was released and has made appearances in every Mortal Kombat game since then. More present day video games are stepping up to show that characters of the minority can be great leading characters without having the stereotypes attached. Prey has a Native American lead character that under an alien attack is able to do great things with his new found psychic ability. Left 4 Dead (2007) has Louis, a Black male and geeky IT analyst before the zombie apocalypse hits. The exciting demon slaying game Shadows of the Damned (2011) features Garcia Hotspur who literally goes through hell to save his love. Even extremely popular games are taking steps towards diversity. Halo Reach has Cat, the feisty leading female who is of Hispanic descent. Gears of war took a nice leap with Cole and Dominic, both characters of the African American and Latino race. Both characters play important parts in the game and create powerful models to look to. Even Call of Duty brought in the voices of rappers 50 cent, Ice Cube and Ice T to create some of the most memorable characters of the series. Even Half Life’s Alyx Vance plays one of the most empowering ethnic characters and is biracial of African and Asian descent. Video games are surely starting to pierce the racial stereotypical spectrum.

Let’s say that race was nearly eliminated in general from video games. We already have games such as Banjo Kazooie where there are no human faces among the vast cast of creatures. It may be merely a kid’s game but its still fun and the company (Rare) still racked in a ton of money from consumers. Even though a fully non-human cast of characters may not suite the tastes of the average hardcore gamer, it could possibly eliminate the problem of missing minorities from video games. There may be a trend increasing for developers that instead of creating a Black, Hispanic or Asian sidekick… why not just make the character non-human? The game Mass Effect has a huge cast of alien characters whom all play important roles. Main character Commander Shepherd (who is also fully customizable in Mass Effect 3 by the player) has Liara T’Soni (of the Asari) as their main companion. She is sort of an alien form and while gamers have played the Mass Effect games, many recall her being one of the characters that they feel empathy for. Although this is just one example of a game not completely relying on a human cast, there’s possibility that there could easily be more games along the way over the years.

10 years from now video games will have a significant increase in diversity with growing interest in the gaming industry. In 2011, there was a slight dip with the progress of seeing fresh new minority faces in the video games that are being played but future games are coming around to breaking down that barrier. Games such as Prototype 2 and StarHawk are going to start impacting a difference in how we look at our main video game characters. Prototype 2 (free roam shooter) and StarHawk (a real-time strategy action game) both feature Black lead characters that are sure to stand out. The future games that will be played in 10 years will hopefully diminish the need to even have to struggle with the sensitive issue of race and can maybe just been seen as a skin shade. Future games will incorporate character customization more so that gamers can have full control in identifying with their avatar. Finally we will be able to play more games without feeling embarrassed of the stereotyped sidekick but rather enjoy a strong, powerful respectable lead that represents races of all.