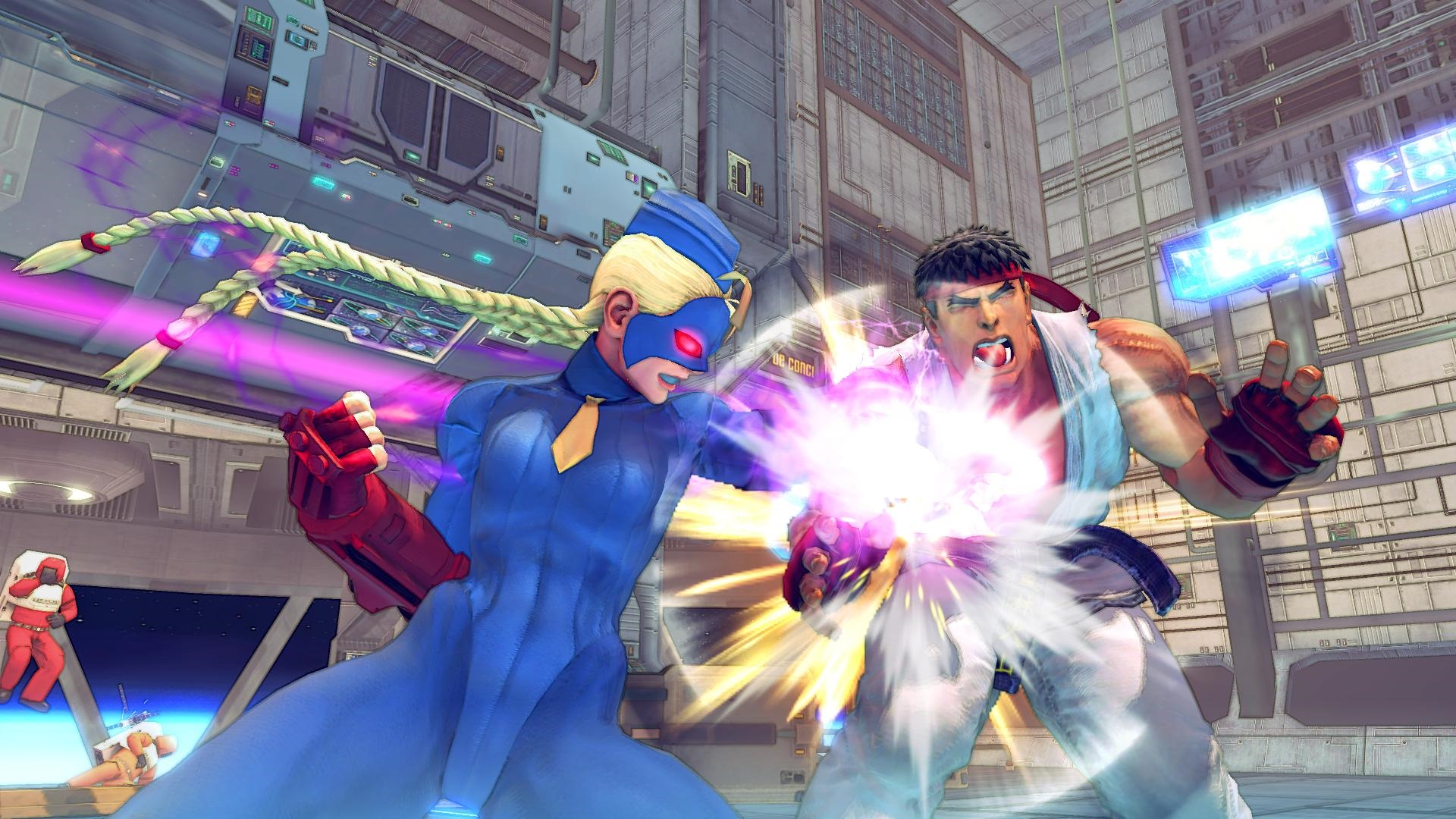 After months of anticipating Ultra Street Fighter IV’s new top secret 5th character… the waiting is finally over. Check out the reveal for yourself here:

I know what you’re thinking. “Why, oh why do we need an evil Cammy?!”

Decapre is the 5th and final Ultra Street Fighter 4 champ. Not Mika, not Retsu, not any other valuable players like Q, Alex or even Karin, but one of Bison’s Dolls, Decapre (cough, Cammy clone, cough). Capcom even had the audacity to go ahead and show us characters that would have been better in the trailer. Is it April 1st already and we’re getting trolled? Nope, this is really happening. We were expecting a new fighter, but not this at all. Many fans are disappointed by this announcement.

There’s already a few cool new features with Ultra Street Fighter 4. Dragging over the 4 favorites from Street Fighter x Tekken was already big enough news, but would bringing in a completely new character, or even a new Doll too much work Capcom? They basically made a copy of Cammy’s model, slapped a new skin on and didn’t bother to change much on design. Was the 5th champ hyped up way too much to be something like this, as in Cammy with a mask? Ono did mention that the new character would have been someone in the street fighter universe, but had never been playable. She did appeared briefly in Alpha 3 as well as the UDON comics. There was no lying there, but we did want a bit more. Maybe we’ll need to just sit back and wait until June to really get our hands on her. For now, let’s find out more about Decapre!

Decapre is one of Bison’s Deadly Dolls, which are creations by the Shadaloo to serve as his bodyguards and assassins. She was made in the form of Bison’s former doll, Cammy (who was originally created as a clone of Bison). The Doll wears a mask to hide a large burn on her face and is equipped with extendable Vega-like blades in her arm armor. Not only does Decapre look exactly like Cammy, but her normal moves are so similar. She will have a much quicker rush-down playstyle, quick access to scramble moves and psycho power infused attacks, and she will also have charge-based attacks. It’s safe to say that she’s pretty similar to how Evil Ryu and Oni were released in the Arcade Edition.

The hype was so real for the top secret 5th character and all it leads to this bittersweet feeling, but if we can look pass the outer appearance (which is still a work in progress), maybe we can still enjoy Decapre. Even though she appears to be a Cammy clone, just know that her ultras, special moves and combos are pretty new and refreshing. Think of Decapre being a hybrid mixed of Cammy and Vega. While Cammy has always been a rush down character, Decapre is even more of that with her use of trickery and cross-ups. It’s interesting to see how familiar Cammy players will adapt to her new charge playstyle. When this was first announced I was pretty upset, but after checking out the live gameplay and commentary by Combofiend, I’m starting to get a little excited about her. You can’t deny she’s pretty badass.

Decapre will be available soon joining the other 4 new characters from SFxT, Rolento, Poison, Hugo and Elena. I hope her design gets a little bit of a change but I already know what to expect from typical Capcom. Ultra Street Fighter 4 will be available through digital download on Xbox 360 & PS3 for $14.99 in June, PC version in August, and the full disc version will be available for $39.99 which includes all previous DLC.

Whether you’re disappointed, excited, or still feel trolled about Decapre, remember that this USFIV upgrade will feature 5 new characters, 6 new stages, edition select, new team battle mode, new focus & ultra mechanics as well as re-balancing of the entire cast of fighters for $15. That’s quite a bit and we’ll take it for what it’s worth.