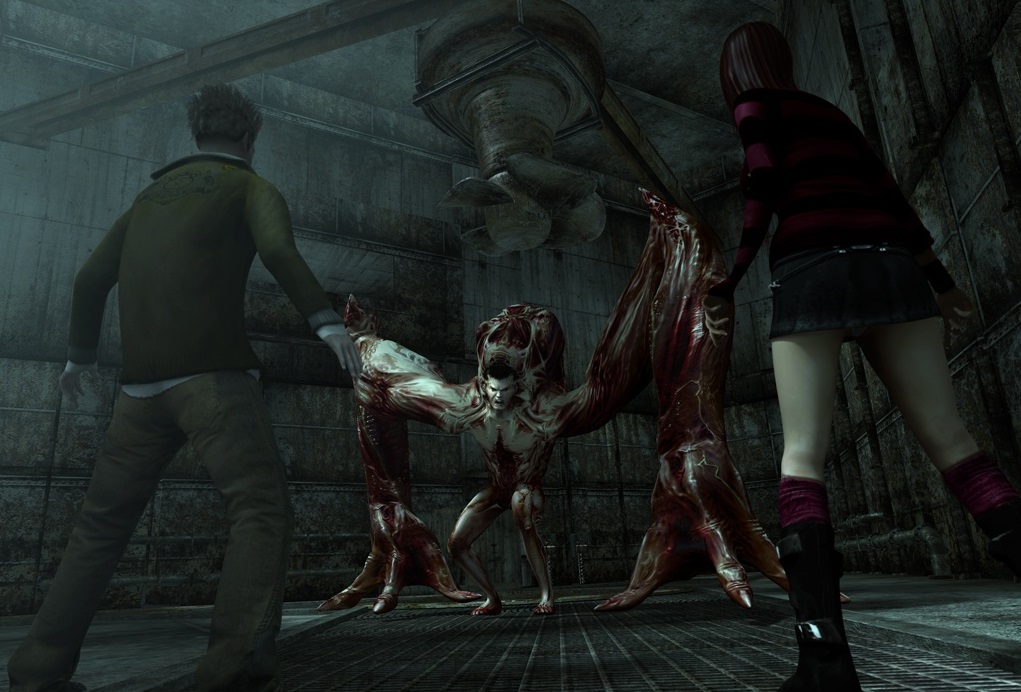 Ah, the early 2000’s brought us so many great survival/horror titles. Just to name a couple: Silent Hill 2, Clocktower 3, Siren, Fatal Frame, Eternal Darkness, and even Resident Evil 4, but we also can’t forget about this creepy little gem of a series, ObsCure. It was a cult favorite that brought a new spin to the horror survival genre back during the good old PlayStation 2 era. Now Steam has re-released these two fan favorites and they are available now!

ObsCure sucked us into a real high school nightmare. Think teen slasher film meets video game. The horror awakens in Leafmore High School, where we see the lives of a group of 5 teenagers change drastically for the worse. After staying after hours to investigate their creepy high school after a classmate goes missing, they find themselves in a nightmare where the faculty’s been horribly mutated and fellow students are monsters out to get them. Something sinister is going on beneath the school and it’s up to the 5 to get closer to finding out the truth beyond all of the chaos.

In ObsCure 2: The Aftermath, we are dropped in yet another similar situation now at Fallcreek University. After the horrific events that took place 2 years prior, the few remaining survivors and some new members pick up the pieces and move on to college. It’s not all parties and shots here when things start to turn creepy. It’s just like a living nightmare that’s already happened before when these strange mutant flowers start popping up all over campus. Better yet, they’re emitting lucid strange realistic dreams. As you delve deeper into the story we find that there’s an uncontrollable evil force behind these mutant plants and the enemies that hunt you. What’s behind this botany and how can we stop it?

ObsCure remains to be one of the most innovative horror survival games, and I’ll tell you why I enjoy it so much. The Co-op in ObsCure happens to be the first survival/horror game to do so, and the last I’ve seen to do it perfectly right. (looking at you Dead Space 3). Also to mention, this was the 1st game to use a flashlight as a weapon against enemies. Also, each individual character has a unique ability. For instance, we have a tough bad boy with the ability to hack computers & pick-lock doors within the blink of an eye, and even the “blonde bimbo” is given the gift to be able to solve E=MC2 equations like nobody’s business. Throughout the game, there are times where a certain character with a particular skill is needed to proceed. It’s all a matter of switching out (by traveling back to base camp). You can save time having a good co-op partner. This makes for a killer co-op experience. Talk about team work!

ObsCure 2 holds a special place in my heart. My favorite memory of this game was shared with my cousin back in high school playing ObsCure 2 co-op. It was fun working together beating up mutants, solving puzzles, chucking handmade Molotov’s and missing every single one of them, and ultimately dying multiple times because we failed to synchronize our attack strategy. All of that was just pure brilliance and forced us to work together if we wanted to make it out alive.

The game itself was a little low budget, but nonetheless it had an amazing co-op, pretty decent story, and even better monsters and creepy bosses. If you’re down for a rad classic horror experience, check out ObsCure on Steam and give it a whirl. I am sure you won’t regret it. See what you’ve been missing all this time!

Now available on Steam for $6.99 you can pick up ObsCure, as well as ObsCure 2: The Aftermath for $9.99. You can also purchase the bundle pack for the price of $14.99. It’s a steal since both games are pretty rare to find on PS2. Both games feature full 16:9 resolution quality, Steam Achievements, and are fully playable with an Xbox 360 controller.