Is Amazon Making A New Gaming Console?: The Purchase of Double Helix 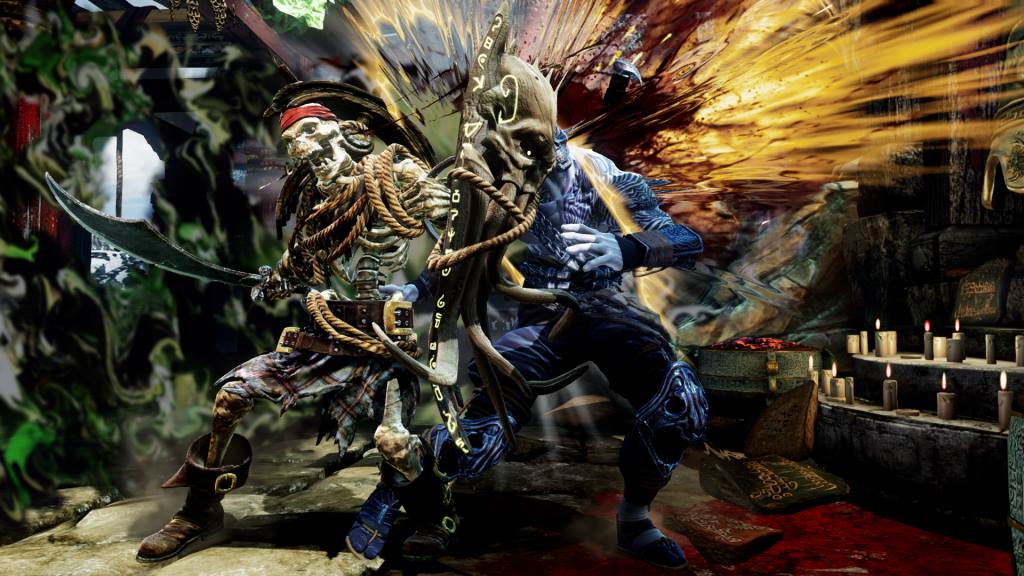 Amazon has recently bought Double Helix, the studio that created Killer Instinct for the Xbox One. What does this mean? Well for one, it means that Amazon bought on a pretty solid game studio. On the other hand, where will this leave the Killer Instinct franchise? Microsoft owns Rare. Killer Instinct is owned by Rare. Which means that it doesn’t seem likely that Killer Instinct would be released on any other console soon – so Xbox’ers rejoice.This random acquisition has blind-sided many of us.

Amazon has since been commented to TechCrunch on the acquired of Double Helix:

“Amazon has acquired Double Helix as part of our ongoing commitment to build innovative games for customers.”

It sounds like Amazon has got a couple of ideas up their sleeve! If anyone remembers, last year there was a rumor of an Amazon android powered gaming console in development. While the console was said to be priced around less than $300, it expired its release date for the end of 2013. Given this recent announcement, Amazon creating a gaming console sounds likely to happen. Acquiring Double Helix brings light to this acquisition even further. Though if Amazon has big plans on creating their own console and competing against the big 3, they’ve got a long way to go. It’s an ambitions idea, but not impossible. Double Helix is considered a fairly new up-and-coming game company with a decent line up of previous games, such as, G.I Joe: Rise of the Cobra, Silent Hill:Homecoming, Green Lantern: Rise of the Manhunters, and it’s known to most recently be working on the new reboot for Strider. It’s no mistake that this company is rising and definitely proving themselves. This makes us wonder, “what does Amazon have up their sleeve?” And most importantly, what will be the future of the currently successful Killer Instinct game?

I guess us gamers are also curious as to learning more on what will happen to Killer Instinct. It’s arguably been one of the best American-made fighting games to grace consoles in the last 10 years. While bringing back an old, LOVED classic and improving it tenfold, it breathed new life into the much-needed fighting game community. Some gamers have even went as far as buying an Xbox One JUST to play Killer Instinct. Yes, it is all that serious. It stands as one of the most beautiful, fun and exciting launch exclusive on the Xbox one. With the free-to-play game being so successful, many fans just want a little bit more. Yeah, it’s fun creaming other players online, but the game just needs more content. We were promised a Season 2 update which would bring in new characters and basically patch and upgrade the game. Hopefully this will still be in the works after learning about the new switch in development.

I’ll just say that this is pretty good news for Amazon as well as Double Helix. Amazon has acquired a great new game studio to possibly work on their new Amazon Games service. It also equals more opportunities for Double Helix Studios. As for the future of Killer Instinct, here’s a tweet from Phil Spencer, Microsoft Studio’s big boss:

@XboxP3 It appears MS has missed out on Double Helix, what is the future of KI?

@Nicodemus9 Our internal KI team is still here and franchise is in good hands. We had a plan in place for this transition.

This basically confirms that Microsoft was well aware of the parting of Double Helix Studios and infers that there had been a plan for some while. In the development process for Killer Instinct, the team at Double Helix worked with also a small internal team at Microsoft on our game. As of now it’s been confirmed by Microsoft Studios that they will continue to work on Killer Instinct as well as they will be bringing on a new development partner to hop on board.

Sounds like for the most part Killer Instinct isn’t going anywhere! It’s just interesting to find out what the future for the game will be, as well as finding out more about Amazon’s plans. Regardless I’m just excited to see more games from them. Whatever Amazon has planned, I bet it’s going to rock because Double Helix is a pretty good team to have your back. And hopefully we can expect Season 2 of Killer Instinct soon.

Smooth move on Amazon. How do you feel about Amazon now buying game companies to work on games for their console? Would you even want to buy an Amazon gaming console?