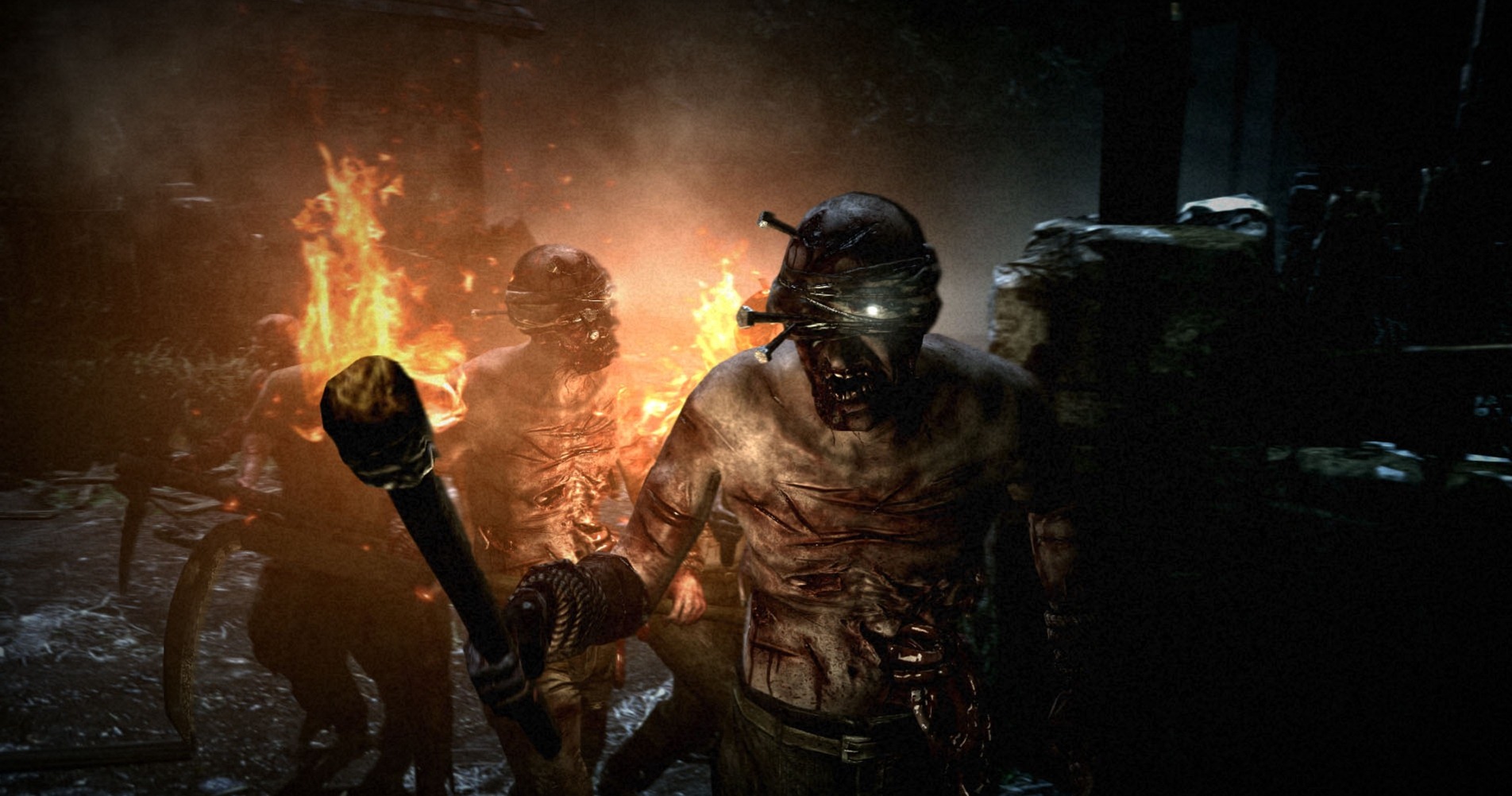 2013 gave us a pretty decent year in the horror game department. There were some great titles such as Outlast, Amnesia: A Machine for Pigs, Slender: The Arrival, and even State of Decay and The Last of Us had gamers spooked everywhere. Thus far, 2014 further proves that horror games are making a comeback and for the better. With such a plentiful lineup of games coming out soon, things are looking great for us horror fans. Here’s a list of 7 games likely to give you the creeps this year.

Gamers beware, you’re in for a scare! Some of these game trailers may feature violence that will be intense for some.

The Evil Within, produced by Shinji Mikami, the master mind behind Resident Evil 4, is one of the most anticipated horror games of this year! The game follows detective Sebastian Castellanos, who has been called to the scene of a heinous mass murder. Upon arrival to the scene, he’s knocked out cold and later wakes to see nothing but death surrounding him in a world full of dark forces and monsters. In order to find out what lies in the truth of the madness, he will have to face some inner demons to awake from this nightmare. Little is known so far about the game, but one thing is critical. IT LOOKS BEAUTIFUL! The graphics look crisp, detail is just stunning, and the game itself is pretty gory. Just look at that block-headed guy! No it’s not Pyramid Head, but it could be his brother. And he’s hunting more than just you. The game is meant to be difficult, and one mistake can be a quick game over for you. Resources are limited which forces players to decide if they will fight, or play stealthy and slip by untouched. Tango Games hopes to take The Evil Within straight back to the horror survival genre roots by focusing on the survival element, more so other than creating another action heavy horror game. With it’s deep, dank atmosphere, I can bet that this is going to live up to the hype it’s been getting.

I know, I know. Most of us, if not all of us are tired of zombies. But the few 35% that are not over them, including myself, are going to gush over this one here! If we combined Mirror’s Edge with Dead Island we’d have an interesting little baby named, Dying Light. In this open world zombie survival game, you can find yourself running parkour through the streets with the satisfaction of bashing through zombie hordes to live another day. Our main character is a survivor of the zombie apocalypse, striving day to day to stay alive. With his great athletic physical condition, out running zombies is no big deal. This game has a neat day to night changing dynamic. In daylight, the zombies are your casual brainless slow creeps. You survive by scavenging, setting up traps and crafting the best weapons to defend yourself for the evening that follows. At night the zombies are stronger, smarter, faster and will stop at nothing to get to your brains. Also some are heavily mutated. It’s your choice if you want to try to hide until sun up or go dance with the dead. Good luck!

Developed by indie studio, Lunar Software, we have a refreshing new take on survival/horror. Routine is a non-linear first person horror game set on an abandoned moon base. Sounds like a great atmosphere for a horrific situation. The purpose of the game is to explore this abandoned space research station in search of answers on the mysterious disappearance of the crew previously stationed there. This game has a neat 80’s Sci-fi vibe and I can get down with that. There will be enemies onboard and you will be left to run and hide. In true horror tradition, there will be no health, no respawning and a perma death will be granted to those who do not make it. This game will be available later in the year on PC.

The Forest seems to have one of the most interesting of the 7. You survive a plane crash and end up in an open, inhabited island. At first things look so beautiful and peaceful, but all that mess is killed real quick. The town locals are very thrilled that you’re there. A little too thrilled. In fact, they are cannibals. They want to eat you badly. This is a horrible situation. What one must do is survive if you have any plans of making it off the island alive. The players main objective is to chop wood for resources, build shelter, find food, craft items and try to defend yourself against attack. When night falls, all cannibal creeps come out to hunt you down. You will mostly be set to live in fear once that sun starts dipping down. This is survival at it’s finest and it may sound a bunch like Minecraft revamped with the minds of Clive Barker & Rob Zombie. Fire up the ole’ PC because this game will be exclusive there.

If there’s anything that can really get under my skin and terrify me, it’s aliens. Anything from ET to Predator will send me running for cover under the bed. Now, we’ve all seen how Alien: Colonial Marines kind of failed. But trust me, Isolation is really looking to be from a whole different lifetime than that game. For one, this game looks beautiful in detail and gore. Also the desolate space atmosphere is really freaking creepy! In Isolation we are following Ashley, Ellen Ripley’s daughter from the movie Aliens, who is investigating her mothers disappearance. In a feel best described of a mixture of Outlast and Amnesia, it’s clear that this game is really bring the horror survival element.

If you’ve been a fan of Fatal Frame and have been waiting for a new good game since The Tormented, you’ll still have to wait for that. Until then, DreadOut looks promising and follows the same vibe just more modern. In this supernatural horror game you will play as Linda, a high school teen that got stranded on a class trip in an old deserted town. Linda feels a strong spiritual connection within the place and soon her friends end up in danger. She may be the only key to helping them get out alive. Armed with only her smartphone, camera and other gadgets she searches deeper for clues to help end this nightmare. The game shows promise with it’s “capture ghost on film” theme. You can try out the game’s demo here. There were many moments in my playthrough where I jumped, screamed and debated on if I had enough courage to continue the game. And that was just the demo! Don’t play with the lights on. This will be a good one once it’s fully released on PC and Mac.

Zombie Studios, creators of the first two Saw games, have been working hard on the supernatural thriller, Daylight. The game starts the player off in an old abandoned hospital who awakens with no recollection of who she is and why she’s there. On top of all that, the player is left vulnerable being completely unarmed and with nothing but a smartphone. The whole “abandoned hospital” theme is nothing new but, the gameplay does seem to be pretty interesting. With no weapons, wits must be used to survive and stay out of harms way. Daylight promises that no two playthroughs will ever be the same. It’s procedural, generated levels will make for an interesting gameplay experience. Not only will the layout and environment change, but so will each scenario the player will be faced with. We can expect Daylight out early this year on our PS4’s and on Windows.

And this list just concludes a few of the many horror games set to come out this year. Other honorable mentions include Asylum, The Vanishing of Ethan Carter, Among the Sleep and we definitely can’t forget about Outlast: Whistle Blower!

With so many good horror games coming out this year, which one is at the top of your Radar? What’s at the bottom of your list?

Sound off in the comments below!