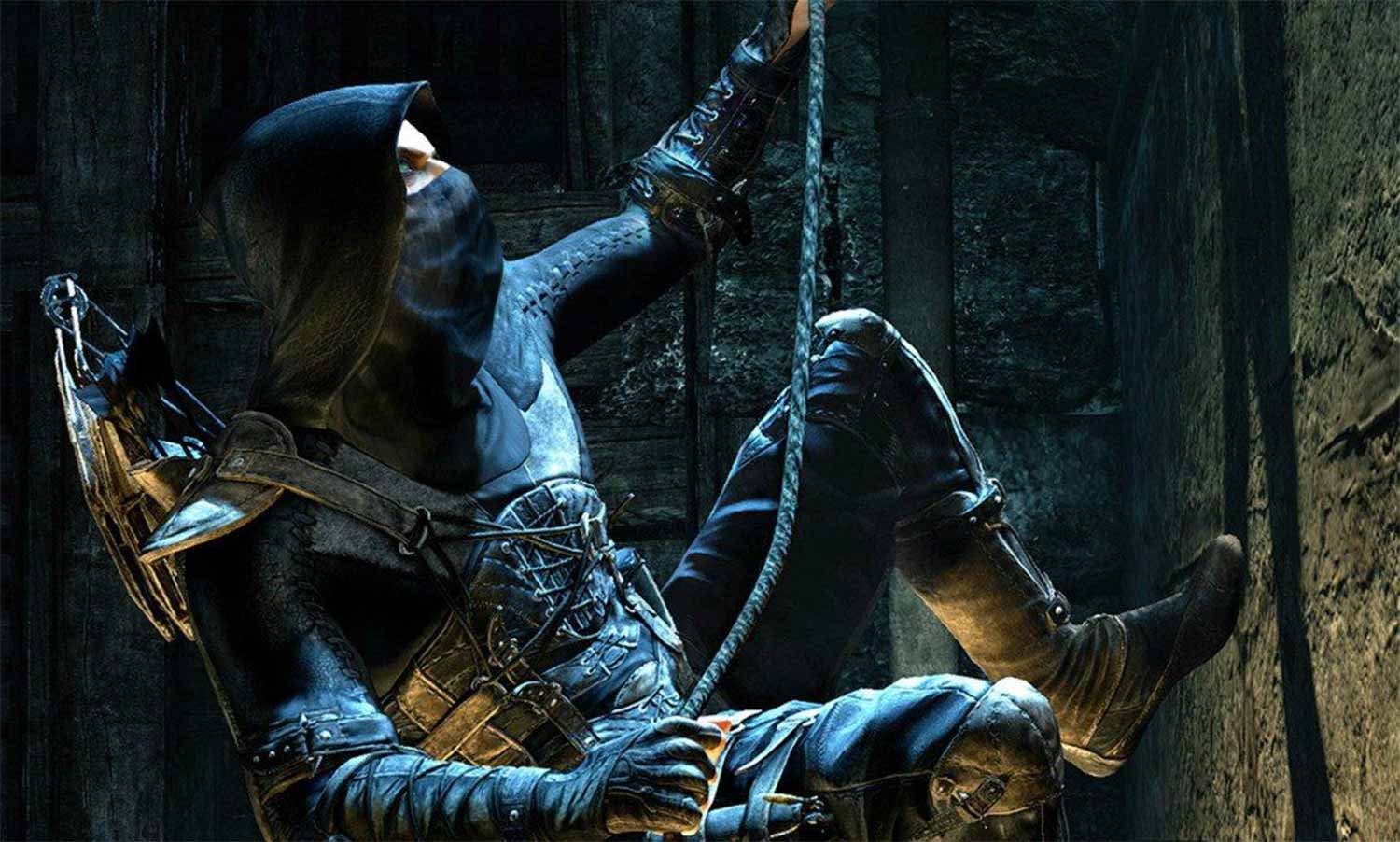 If you’re ready to become a professional thief, we’ve got the perfect game for you. As an old favorite series of many, Thief is getting the royal reboot. It’s been almost a decade since we’ve seen a new title in the series. Edios Montreal and Square Enix, the same studios that brought us Deus Ex: Human Revolution are bringing us the 4th installment in the Thief series, and it’s shaping up to be a refreshing new reboot already.

Thief features our main character, Garrett, a master thief who returns to his home city to find it being held under the rule of a deep oppression under the rule of a dictator named “Baron.” Garrett’s goal in all of this is to steal from the rich, and ultimately give to the poor after keeping his good share. At night most of his looting is done in the shadows, and every guard from here to China wants you dead. This is why you must remain undetected to fight for what is most valuable to you. With the craving of this klepto, no heist is too big, and no reward too inaccessible.

Thief will be reeling in fans of the old series as well as new fans of this generation. Fans of the old Thief series will be surprised to see a few new changes, while new fans will enjoy this game right off the bat. Thief is usually meant to be a slower paced, stealthy minimal action game. This Thief reboot changes a bit of that. While the game is 100% still meant to play out stealthy, there are times that you’ll have to decide to step out of the shadows and actually put that bow and arrow to use. You can basically become a silent, yet deadly assassin. Or just become a ghost stealing everything valuable while never being seen. As mentioned in this Thief 101 breakdown video, we are introduced to the idea of how the game will be played. Decide for yourself if you want to live like a play like a rogue beating up everyone (yet with a major challenge) or slink through the game without taking another’s life. It’s completely up to you.

Thief is an interesting genre that appeals to gamers that are looking for a stealthy, yet smart gameplay experience. The difficulty in playing stealthily lies within trying to outsmart your opponents, while setting up traps and planning out a safe route. If the player chooses to play aggressively, there will be consequences since combat is extremely difficult for a thief, who is not much of a fighter. Garrett is armed with a knife and a bow with multiple different arrows including, fire and water just to name two attachments. This makes combat tempting but I’d recommend fighting at your own risk since combat will be difficult. Games such as Dishonored, Splinter Cell and Metal Gear Solid go about dealing with a great balance in stealth and combat. Thief you’ll have to approach every single scenario differently and intelligently if you plan to survive. If you are caught you’ll have a much harder time trying to continue on.

Thief is out February 25 on PC, PS3, Xbox 360, PS4 and Xbox One across North America, next, February 28 for Europe. The biggest question will now be, how will you choose to be a thief?

Here’s the latest epic trailer for the game!

Ready to steal something? Will you be checking out Thief when it comes out later this month? Let us know in the comments down below!