12 HOT Exclusives Coming to Xbox One 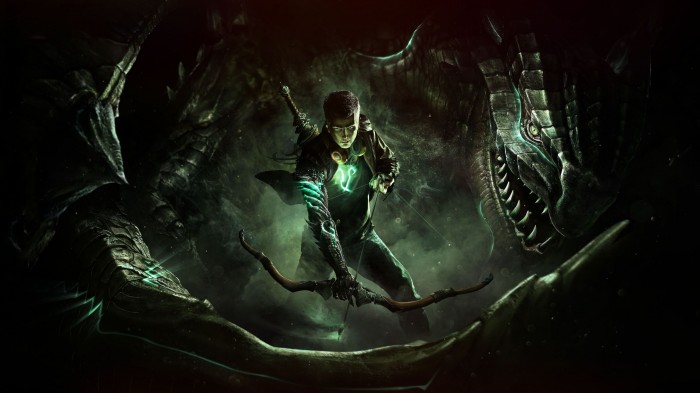 Microsoft really had an AMAZING E3 this year giving us straight talk on the actual games and I’ll honestly say that I’m hooked from what I saw. It seems like Microsoft has been listening to it’s fans and has now caught on to give us what we want. The lineup for upcoming Xbox One exclusives ranges from everything including adventure, to indie, to  shooters and even to a strange mixture of all three of those things. We’ve been teased with some entirely new games that appear on this list, and a couple games popped back up from memory lane.

If you are one of those busy folks that missed Microsoft’s awesome 2014 press conference, you can catch it here:

Not only can we get our hands on an Xbox One today for only $399, but the infamous Kinect which so many people complained about not wanting, will not be bundled. Also, Games with Gold is making it’s way to the Xbox One and nobody can deny that this makes Microsoft look much more attractive! As many have said, Gamers won this E3. And Yes we did! Now let’s get on with a top list of newly announced exclusives that we’re going to enjoy only on Xbox One! Let’s go!

In the year of 2027, where a popular energy drink starts to turn everyone into mutants, a hero must rise to the occasion to save all of humanity – and that hero is you! You’ve got to do more than blindly shoot the infected, you’ve got to do it in style! What madness could you call this cooky yet crazy fun game? Sunset Overdrive. The gameplay combines free acrobatics, 3rd person shooting, and off the wall fast paced action all in an open world to explore. Sunset Overdrive looks like it’s going to be an amazing ride. If Tony Hawk’s Underground, Lollipop Chainsaw, and Jet Set Radio had a baby, this would probably be it. This looks like another hit from the great Insomniac Games!

All I must say here is Halo 1, 2, 3 AND 4 on your Xbox One in beautiful 1080p, 60fps just how we like it. Relive your journey through the series or begin your journey here. Halo 2 will be the anniversary edition and gamers have the option to play with remastered graphics or in it’s native set. The game will also include the new Steven Spielberg Halo TV series, Nightfall which features the mystery spartan from Halo 5. Most importantly, gamers that purchase the Master Chief Collection will have a chance to play the Halo 5 beta.

If you’ve been an Xbox fan since it’s early years, you probably had Crackdown as one of your first 360 games. Who could ever forget the amazing open world action game where you play as the futuristic super cop set to crackdown on the city’s crime bringing down kingpins and crime lords to justice? Crackdown brings to us one more time a third installment to the series. Not much is known just yet about its story, but we can look forward to more than just a new coat of paint. Let’s get your super powers hero!

The art style of this game is absolutely BEAUTIFUL! After watching the super sad trailer, we can see what we’re fighting for. Ori know as the last spirit guardian sets off on a quest to find out what it is that is killing of his dying forest. There’s an evil monster that is out to get him as well, and when Ori’s protector dies, the little guy is left to fend for himself. Can Ori end the madness? With a style that makes me think Disney Gibli, stunning landscapes to explore, and the vivid coloring its going to be one of those games to sit on and it’s coming this Fall.

Most of the indie games displayed from Microsoft personally to me looked a little bit more appealing than those on the PS4. To anyone who’s owned an Xbox knows that they are SUPER keen on allowing developers and people like me and you, access to tools to create and market indie games on Xbox Indie Arcade. On the Xbox One, that’s still very relevant. A few more games that stood out to me include Inside, Below, White Night, and Cuphead. If you haven’t been appreciating indie games up until this point, this may be a great place to start.

S-S-S-S SEASON 2!! Anyone who has laid hands on Killer Instinct knows just how great this game can really be and the Season 2 update will be EVEN better. Not only are we going to get even more fight stages, but one of our favorites will be returning. Enter TJ Combo! If you’re a classic KI fan you remember the combos of TJ Combo. Oh man, the memories of getting beat by him in local multiplayer are flooding back. Speaking back on how Amazon acquired Double Helix, previous KI developer, we can now see the skills of new company Iron Galaxy Games being tested. Killer Instinct is of course free to play and keeps getting better!

Everyone’s favorite Spartan returns in Halo 5. The series holds a close spot in many hearts, and you will see why this game is going to really make people turn their heads in Halo’s direction one more time. 343 Studios returns in the making and the story picks up where 4 left us broken hearted. We’ve got Master Chief who’s been through a lot in the past Halo entries. To make things worse, we’ve got this mysterious spartan hunting him down. Not much has been revealed, but we can expect a little bit more along the way before it’s 2015 release date. Though there are many mentions of much improved multiplayer, no armor abilities (woot), and focus on a much more competitive gameplay, this will be another great shooter to add to your collection!

This game could be a pretty interesting mix. Though it feels like a separate game from the Fable series and only really copies the art and design of the original fable games, it’s got an interesting concept. Fable Legends is a dungeon crawler where you play as a team of 4, with 4 classes to pick from. Then there’s a 5th player, “game master” who takes control over the environment and places enemies wherever they want whenever they want. Team work could prevail or the game master can take it all. It’s unknown if this game will be free-to-play, or if it will be a full paid game, but we do know that there will be multiple season releases for the game including upgrades, new levels, and items to buy. Let’s just say that this game could be pretty awesome!

Yes! The cult favorite game Phantom Dust has returned! It’s a reboot of an older game from the original Xbox. Phantom Dust combines the best of both worlds with strategic action gameplay and Magic the Gathering-styled deck building elements. To anyone who has played or seen the original game, this is a much better upgrade. Being an Xbox One exclusive, you can bet you’ll find some good contenders online. There is not yet a whole lot of information on this game, but keep looking forward to hearing more.

I was not expecting to see a kinect game that actually seemed pretty interesting, but this is going to be a neat one for kinect fans to get. Now I’ve exercised to Your Shape: Fitness Evolved as well as Zumba on my 360’s kinect, but what I’ve always wanted was more fun incorporated into it. Shape Up just looks fun and silly to play, with the underlying push to bettering your health. What sold me on it was Ubisoft’s great presentation and the game mode Piano Step where the gamer jogs in place on a DDR-like setting to some cool music. Whether you’re into exercise games or not big props to Microsoft and Ubisoft for promoting fitness in such a fun way. I’m looking forward to this and getting more into shape – One step at a time.

Now, I will admit that I’m one of those sad lonely souls that plays a little bit too much Minecraft. WAY too much of it. And whether you’ve been following Project Spark for a while now, or are just hearing about it, you’re probably interested. Create a world where you can build anything and everything you can imagine.. then play in it. Adding that with multiplayer, co-op, and exploration in other galaxies sounds a fresh breath of air. Project Spark will not only test your creativity but it has some pretty great visuals. Fans of Little Big Planet and games like Minecraft will be overwhelmed with all the possibilities of Project Spark. Also there’s a little spark of hope for Rare after seeing Conker at the end of the trailer!

A little bit of  How to Train your Dragon and a little bit of Devil May Cry? Hmmm, looks interesting! Scalebound is the latest game from the same company that brought us Bayonetta, Vanquish, and even more. The setting takes place in a distant hostile world where you play as a human that has a mysterious connection with the vicious creatures that roam the world. He also sprouts scale-like armor (think animorphs) in a flash. Not much is revealed story-wise, but I can get behind this and Microsoft for showing something new and unique on the Xbox One.

Let’s not forget the stunning game from the same creators that brought us Alan Wake. Quantum Break is still on our most anticipated want list. While there was not a whole lot mentioned at E3, (more shall be seen at Gamescon) let me give you a little refresher. The game stars with Jack Joice, a survivor of a failed experiment that killed his brother. This incident has given him the strange ability to manipulate time. With that being said, maybe we can go back into the moment before this chaos struck.

In conclusion, Xbox owners and prospective owners will have their hands full and pocket books emptied. Though it may have been a rocky beginning into the console’s life, we can see things starting to shape up (no pun intended) for the console. The new price drop looks quite appealing and the abundance of games will be able to fit into almost any gamer’s library. Not only has the Xbox division listened to us and what we want, but they’re giving us a dynamic library to look forward to. Let’s not forget about many of the other games coming to Xbox One, not just the exclusives. Keep calm and game on!