New Fatal Frame Brings Horror To The Wii U 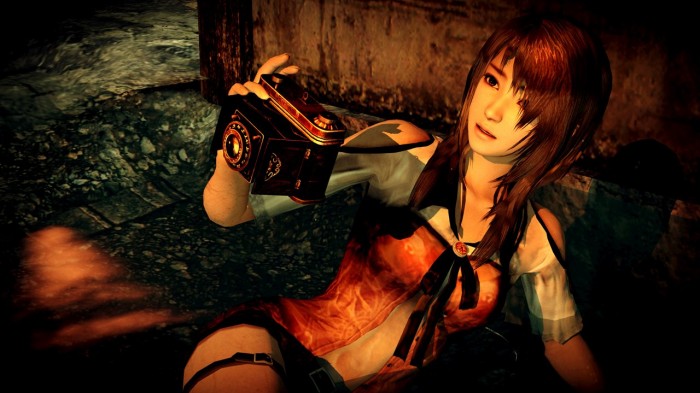 We’ve been patiently waiting for the return of a great Fatal Frame game. (at least 6 years) Way too long. All of the horrific memories of walking around dark passageways with nothing but a camera to capture the dwellings of the spirit world made for some of the best moments in horror game history. Those were the good old days! Well the wait is now almost over, at least for Japan. Fatal Frame: The Black Haired Shrine Maiden finally gets a release trailer and is set for a September 27th release date for Japan!

While the Wii-U lineup of horror games has been a little low, new info states that Nintendo Japan has purchased the rights to the Fatal Frame series and company Koei Techos. Now this means that we probably won’t be seeing another new fatal frame on PSN or Xbox Live anytime soon but this definitely gives the Wii u a leg up in the horror department.

Fatal Frame brings the terror with its traditional Japanese Horror Survival feel. This game features many traditional Japanese-styled buildings and the theme revolves around the fear of water and “getting wet.” Cameras will still be in used to capture the spirits in action. In most Japanese Horror I’ve seen, water is used as a symbolic void. Films like Dark Water brought on such a delicate fear as to feel as if a natural element can can be that dangerous. It will be interesting to see how crazy we can push this element.

Our main protagonist, Yuri Kozukata “The Raven Haired Shrine Maiden,” has the unusual ability of communicating with the dead. She can bring those souls lost in another realm, back to our modern day reality. After accepting a missions to seek out a specific lost soul, she starts her journey atop of a mountain which appears to seem normal at first, but once she explores it’s definitely not as it seems. This mountain is known as the sacred mountain of death, where those coming to die are able to set a certain hour to cross from the world of living, into the world of the dead. Spooky, right?

The Wii-U Gamepad will be used as a camera which will be a really fun way to take advantage of that. In tradition of Fatal Frame, you use your camera to snap things that you wouldn’t be able to see with your own eyes. This means the hauntings secretly surrounding you. Being able to use the Wii-U pad makes the game just that much more interactive. I remember playing Silent Hill: Shattered Memories where the Wii controller was the only weapon and required a couple movements such as shaking off monsters and flinging to toss out a red flare. No combat was involved but that’s what made the game so much more scarier. Siliconera reveals that the Gamepad will be used somewhat in a similar way.

What does this mean for us not currently living in Japan? This means that HOPEFULLY the game will make it to the US so we can get our hands on this spookiness. Fatal Frame 4 never made its way out of Japan but looked like a hell of a lot of horrific fun. The game will be a Wii U exclusive and let me tell you, the Wii-U is looking to be a brilliant console to sit among your current game console collection. We can only hope for the best in this hitting our western shelves.

I’m hoping for the best with this one. Not only did the trailer look pretty appeasing but I already caught the chills just then. Though it’s going to be much of a wait until we have an idea if we’ll ever be getting the game in the US and Europe, we can still anxiously await the live action horror film, comics, and novel planned to release soon!