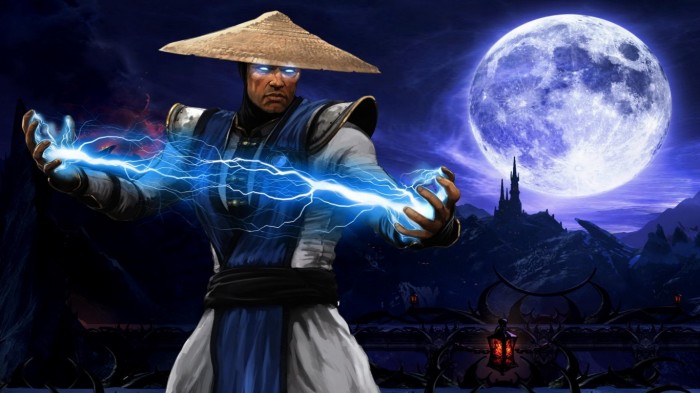 BRING ON THE THUNDER!!

During the Injustice EVO Championship grand finals, Ed Boon, creative director at NetherRealm Studios, took the stage to reveal a favorite returning Kombatant to the game. This time it’s the God of Thunder himself, Raiden! It wouldn’t be a Mortal Kombat game without the one and only, right? Watch the trailer below and experience the hype!:

Whoa, Kotal Khan really took a beating there. Judging from this trailer, Raiden has a couple of different play-styles. According to an IGN interview with Ed Boon, Raiden (and every other character in the game) will have 3 different variations of play-style. This is going to spice things up quite a bit because there will be such variety in matches. Let’s break down the 3 different styles of Raiden so far:

Displacer – This style will focus on teleportation incorporated in his moves. Raiden can move closer, further away, behind, in front of, or any variation around his opponent. Looks like this one will be ideal for the fighter who is looking to play sick mind games against their opponent.

Stormlord – Interesting style that allows Raiden to drop multiple electric bombs around the screen. Two can be connected to create a wall that can trap enemies in a tube of electric shock. Seems to be pretty neat for creating traps around his victims with ease.

Thunder God – This style will be all about electrocution combos. As we see the action is fast paced and feels a little bit more like our traditional Raiden style, but even more high voltage. Of course his signature Superman move will remain within each variation.

We can’t tell which one we like best. All of this news is exciting and we can’t wait to see more fighters being announced. Even the new characters added to the game look really hardcore. Mortal Kombat X is said to have one of the largest rosters in the series.  We’ll have to wait until 2015 to check out the whole list ourselves.

Are you excited to see Raiden back in action? Which fighting variation will you be playing?